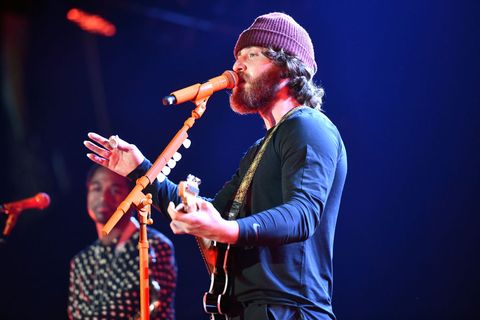 Singer Mike Posner, best known for his 2010 track ‘Cooler Than Me’, took on a mind-blowing challenge this year when he decided to walk across the United States: a journey spanning 2,942 miles. He was inspired to begin this odyssey across America following the death of his father, as well as that of his good friend, the Swedish DJ Avicii.

“The allure of it is its difficulty, its magnitude—and the inevitability of self-growth through the project,” Posner told Billboard before he began. “I don’t feel like I’m walking to show people who I am. I’m walking to find out who I’ll become.” He set off from Astbury Park, New Jersey on April 15, on a diagonal trajectory that would take him all the way to Venice Beach, California, via his hometown of Detroit.

Posner was a staggering 1,632 miles into the journey when an encounter with a rattlesnake in Colorado brought his walk to a halt. “Crazy day yesterday,” he wrote on Instagram. “I had just crushed 16 miles and was going for 8 more when I got bit by a baby rattlesnake! That venom is no joke!” Posner was air-lifted to a hospital where he was treated in time.

His injury does mean, unfortunately, that there may be a significant delay in Posner reaching his destination. “From 24 miles per day to using this walker to get to bathroom,” he wrote in an update over the weekend, adding: “I’m on my way back. Gonna rebuild with patience and equanimity.”

In another post which he shared to Instagram today, Posner reiterated his positive outlook, and assured fans that he won’t be letting this setback faze him.

“I knew walking across America was going to be dangerous,” he said. “I knew I could die doing it. I still might. So don’t feel sorry for me. I’m proud I’m in this hospital after chasing my dream and not sitting on the couch watching Netflix. I’m proud of this pain. If you understand this message, do not leave me sympathy comments, just write KEEP GOING.”

How to Determine Calories Burned While Hiking

Watch Dr. Pimple Popper Pop a ‘Pearl Onion’ Cyst Out in One Piece

How to Determine Calories Burned While Hiking